Welcome to the Successor Agency to the Fresno RDA

Successor Agency to the Fresno RDA

The Redevelopment Agency of the City of Fresno was established in 1961 to remove blight and encourage growth, vitality, renewal, and rehabilitation of deteriorated areas beset by social, physical, environmental, and economic conditions.

On December 29, 2011, the Supreme Court upheld the major provisions of AB 1X 26 and invalidated AB 1X 27 in its entirety. The effect of the ruling is that redevelopment agencies throughout the State have been abolished and will not be able to be resurrected under the provisions of AB 1X 27. As part of the Court ruling, certain time frames for dissolution activities were extended and the dissolution of the Agency became effective on February 1, 2012. The City of Fresno established the Successor Agency to its Redevelopment Agency pursuant to Council actions taken on January 26, 2012, and the adoption of Resolution No. 2012-12.

While the wind down of Redevelopment has already been initiated, there are still many outstanding obligations that must be fulfilled. Additionally, the Agency has many properties that were acquired to eliminate blight and facilitate economic growth. These properties are either under contract for development, or are intended to be sold or auctioned with proceeds being distributed to taxing entities. Wind down activities of the Successor Agency to the former Redevelopment Agency are overseen by a Countywide Oversight Board for the County of Fresno comprised of individuals appointed by various government agencies and the City of Fresno. It is this County Oversight Board and the City Council that review and provide local approval of Successor Agency actions by resolution. The State Department of Finance overseas matters related to dissolution.

In 1976, the California Legislature took action that required that 20 percent of all tax increment generated through redevelopment be set aside to create, preserve, and improve housing for low and moderate income persons.  Known as the Low and Moderate Income Housing Fund, this source of funding became arguably the most important tool for the development of affordable housing in California and created tens of thousands of housing opportunities for the State’s low and moderate income residents.

In Fresno, Low and Moderate Income Housing funds have helped create thousands of new affordable units, provided homeownership opportunities for teachers and other workers key to our community’s success, and assisted lower income households to improve their houses, helping them while improving neighborhood conditions.

The City of Fresno took action in January of 2012 to establish the Housing Successor Agency to retain the housing assets and fulfill outstanding obligations.

In 2011, in an effort to respond to State budget deficits, Governor Jerry Brown proposed and the State Legislature approved legislation that dissolved redevelopment agencies and with that action the Low and Moderate Income Housing Fund. AB 26 1X, signed by the Governor on June 28, 2011, required the creation of Successor Agencies to oversee the dissolution process. For affordable housing, however, the legislation allowed the cities or counties that created the redevelopment agency to choose to retain the housing assets and to continue to enforce the housing covenants and restrictions, and to exercise all other rights, powers, duties and obligations of the former redevelopment agency as it related to the Low and Moderate Income Housing Fund.  AB 1484, which was signed in June of 2012, clarified some portions of the original legislation, including providing more detailed language on the assets that could be retained.

Countywide Oversight Board for the County of Fresno 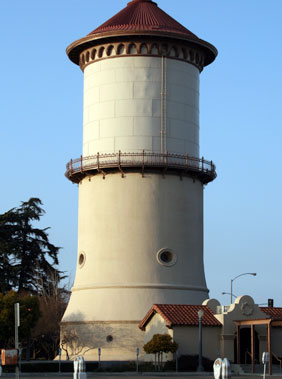